This site uses cookies and similar technologies to provide its services and to understand and improve the user's browsing experience.

Do you need something in particular (quantity, dimensions, configurations, delivery, etc. ) ?
Contact Us

In the early 1940s, Charles and Ray Eames spent several years developing and refining a technique for moulding plywood into three-dimensional shapes, creating a series of furniture items and sculptures in the process. Among these initial designs, the two-part elephant proved to be the most technically challenging due to its tight compound curves, and the piece never went into serial production. One prototype, which was given to Charles's 14-year-old daughter Lucia Eames, was loaned to the Museum of Modern Art in New York for a 1946 exhibition. It is still in the possession of the Eames family today.
After a limited edition in 2007, Vitra has now added a plywood version of the legendary Eames Elephant to its standard portfolio. The sculptural decorative figure with a high-quality face veneer in American cherry has been available since 2017.
Several years ago, the Eames Elephant was also launched in plastic, making it available to the target group for which it was originally intended: children. And a smaller version – with an identical design but reduced in scale – likewise comes in plastic in a choice of colours.
Whether selected as an elegant wooden object for the living room, as a robust plastic toy for a child's bedroom or outdoor use, or as a small decorative animal figure – the friendly animal with its proudly prominent ears will bring delight to children and parents alike. 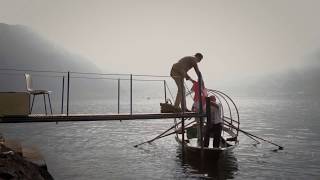